The Roseville Community Concert Band, a 501(c)(3) non-profit organization, is an all volunteer symphonic band that performs throughout the greater Roseville and South Placer communities. The RCCB was established in 2000 by Bill Hastings, a retired director of the U.S. Coast Guard Band. In July of 2007, Stephanie Sugano was appointed as the next conductor and musical director of the band. Beginning with only 15 musicians, the band has grown to over 50 active members. The RCCB sponsors a week long Youth Music Camp offering a variety of musical instruction to children from 5th to 8th grade. Our Music Camp, generously supported by a grant from the City of Roseville's Citizen's Benefit Fund, attracts many aspiring young musicians from the surrounding area. 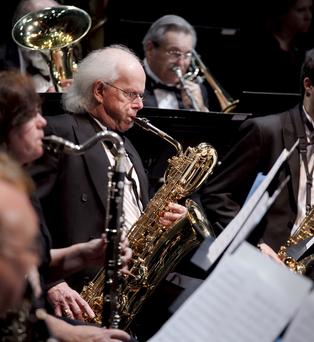 The purpose of the Roseville Community Concert Band is to:

Give qualified musicians, ranging from talented students to senior adults, the opportunity for individual musical expression and growth;
Enhance the cultural experiences of those in the community by providing live music at public, private, and civic performances in Roseville and the surrounding areas; and to
Educate the community about the importance of the performing arts.

The band has performed at many events throughout the community including: